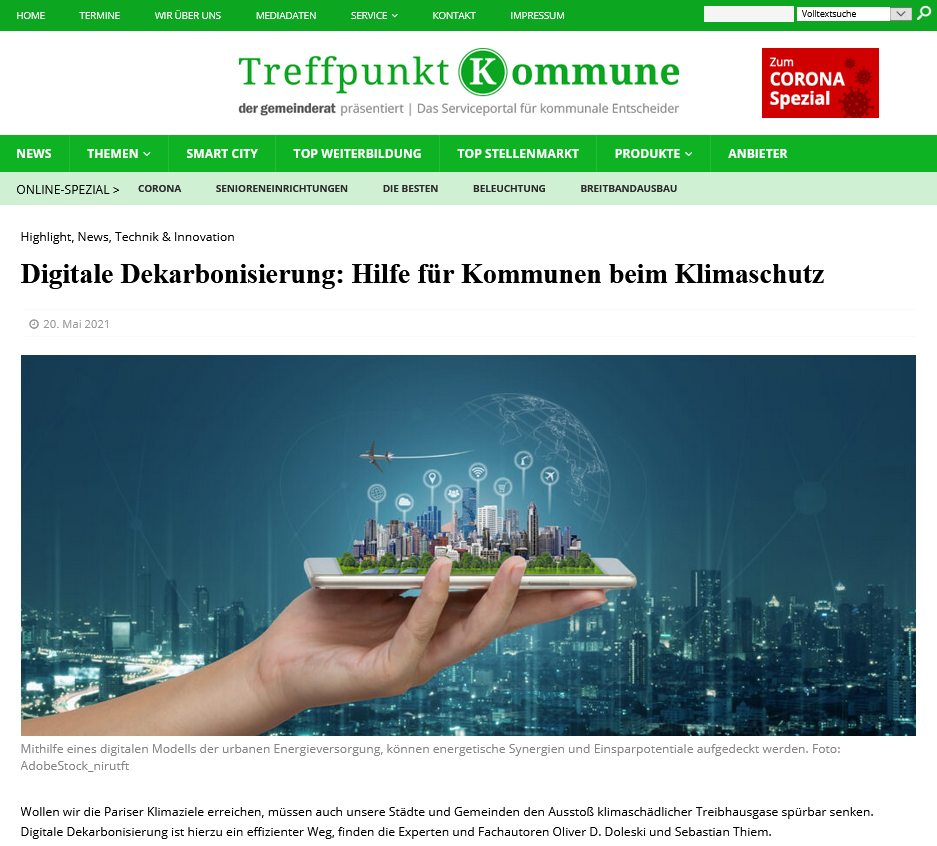 If we want to achieve the Paris climate targets, it is also essential that our cities and communities significantly reduce their emissions of climate-damaging greenhouse gases. Digital decarbonization is an efficient way for municipalities, say experts and specialized authors Oliver D. Doleski and Sebastian Thiem.

The way we live and work is a major contributor to climate change. Cities and towns today release a large proportion of all global emissions of carbon dioxide, methane and other greenhouse gases. Thus, urban agglomerations and industrial centers, as well as less populated regions and communities, contribute significantly to global warming.

Every day, considerable quantities of greenhouse gases are released into the atmosphere during the manufacturing of products, the operation of urban infrastructures, and the heating or cooling of buildings. There is little dispute that this means that cities and municipalities in particular play a key role in meeting the Paris climate targets. After all, if we as a society want to win the battle against climate change – and losing is not an option – first and foremost our metropolitan areas and industrial settlements must noticeably reduce greenhouse gas emissions. But how can this be done? Today, there is a whole range of established processes and technologies that contribute to a reduction of carbon dioxide and the like in the atmosphere. One of the most important technologies here is undoubtedly digitalization, which has so far had a positive effect on the climate in two ways: First, thanks to digitalization, numerous industrial and commercial processes now run more smoothly and thus more stringently than they did just a few years ago. Second, modern digital technologies enable products to be manufactured in a way that conserves resources.

Calculating with the digital twin

However, these well-established technologies and processes, even if they are digitally supported, often fall short. This is particularly the case when the selected solutions do not take the relevant system in its individual complexity into account as a whole, but only partial aspects of it. In this context, practice often shows that the commonly used gut feeling can be misleading, especially when it comes to optimizing energy consumption in municipalities. As a result, significant potential for improving climate protection in urban energy systems often remains untapped. This is where digital decarbonization can help with climate protection.

The Digital Decarbonization method fundamentally extends the current climate-effective digitalization approaches. The reality of a residential area is first mapped as a digital twin. A digital model of the urban energy supply is created. Subsequently, all conceivable combinations of these energy systems can be compared and evaluated with each other. Thanks to this data-analytical improvement of the relationship between all the energy systems installed at a given location, a city, a municipality or an urban industrial area will result with the most cost-effective energy system that emits very few greenhouse gases. A result that classical digitalization approaches cannot deliver.

Read in Treffpunkt Kommune, the digital offer from „der gemeinderat“, how Digital Decarbonization helps municipalities to protect the climate. Oliver D. Doleski and Dr. Sebastian Thiem describe an efficient way of how our metropolitan areas and industrial settlements can noticeably reduce greenhouse gas emissions and, at the same time, cut costs. 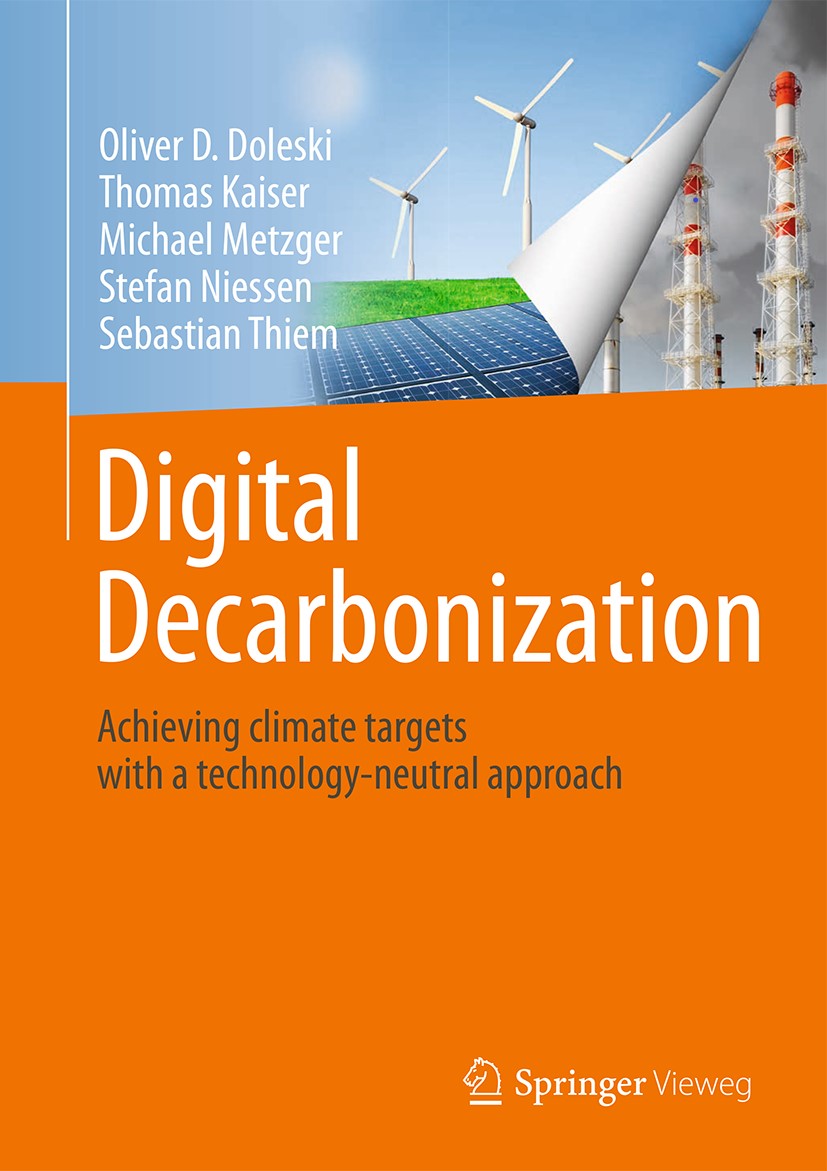 A JOINT INITIATIVE OF THE AUTHORS